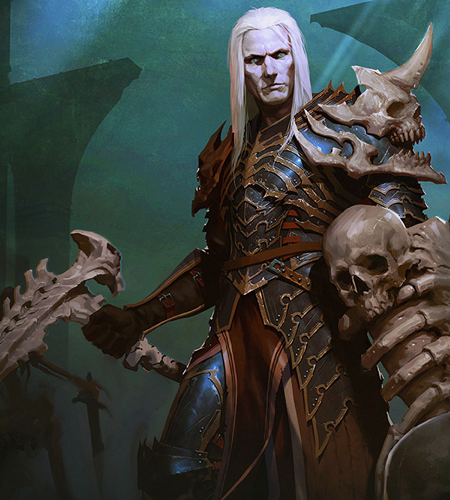 Necromancers are ruthless commanders, and masters of life and death. These dark spellcasters reanimate the dead as skeletal remains, curse their enemies with deadly magics, and further torment them with the carcasses of their defeated fellows.

Life and death are part of a greater cycle, and necromancers are not afraid to walk the line between both. They willfully use their own life force to fuel powerful abilities and gain the upper hand in combat. Being at death’s door does not concern them if no adversaries remain to deal the killing blow.

Necromancers prefer to strike from a distance, unleashing destruction from afar. The skeletal undead under their command overwhelm enemies before they have a chance to strike, and the horrific curses the necromancers employ cripple even the most resistant of demons.

The Priests of Rathma—also known as Necromancers—live and die by a simple philosophy: that the eternal struggle between light and darkness is never-ending, and that Sanctuary is threatened by both sides of that war. Only by preserving the balance and keeping those opposing forces at bay, one can hope to make the world a better place.

Members of this order are unique , and often reviled for their use of death magic. Though such power is often abused in Sanctuary, the Priests of Rathma strive to use it to preserve to the Balance they hold sacred.

When they do venture out from their home deep within the jungles of Kehjistan, roving Priests of Rathma do whatever it takes to safeguard their world from ruin. 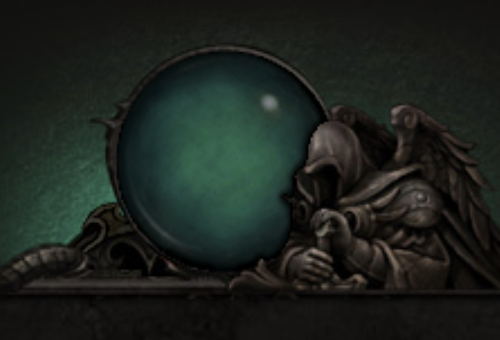 To overwhelm those who attempt to disrupt the Balance, necromancers rely on Essence. They use it to animate the dead, curse enemies, and command minions.

As a static resource, necromancers only have as much Essence as they harvest from their enemies. It does not fill up slowly over time, nor does it decay. Due to this peculiarity, necromancers who are careless may find themselves out of Essence when they need it most.

Necromancers who make the most of their power embrace the balance between exhausting Essence reserves and obtaining more from enemies, forever looking to the next battle. A necromancer with a full Essence pool is a terrifying adversary indeed—but they must carefully use their spells to keep enemies at bay. 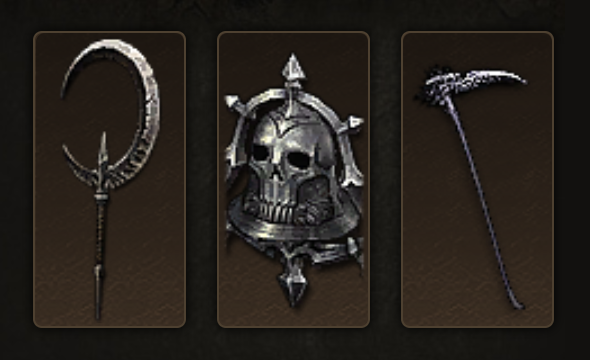 Priests of Rathma favor the use of unerring scythes. Their scythes are used not to hew crops, but to collect the life force of their foes, and to slice open corpses, powering some of their most horrifying spells. Whether they wield massive curved blades at the end of long poles, or curled, light blades more appropriate for finely harvesting organs, necromancers are deadly with any scythe. They’re also trained in the use of phylacteries, unusual objects that enhance their power over the dead.